Spring is almost here.  Amazing how quickly time passes.  Valentines day is quickly approaching.  It makes me wonder how we allowed all of our holidays to become so commercial.  I love Valentines day candy and the stuffed animals and treats are pretty cute, but it’s a lot of hype for “showing love,” that shouldn’t be limited to one day of the year.

I like to keep my family all “loved up.”  My kids know they are loved every day, not just one.  We tell each other on a regular basis, show each other often and have fun just being together.

Valentines day is great and of course another day to enjoy sweet treats and pampering, but sharing love is something that never gets old.

Take a moment to show the people in your life you appreciate them, tell them, do something nice, and let them know they are loved.

A little over a year ago we added a little fuzzball to our family.  My friend was looking to find the somewhat scrawny little thing a home.  We kind of debated on what to name him for a while, but when he runs he is fast and the person he runs after is Casey.  So we dubbed him Comet, because when he chases a ball, cat or squirrel he leaps into the air and tries to fly. 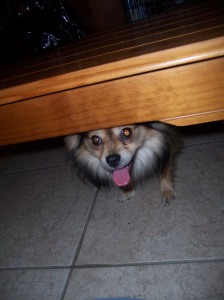 Choosing a pet can be fun and should have lots of thought behind it.  After all a pet is a big commitment, they become a member of the family and they have an opinion about just about everything.

Comet is very proud of himself.  He loves taking baths, getting his hair dried (though he barks at the drier) and prances around all fluffed up and knowing he’s a pretty boy afterwards.

Comet does all sorts of tricks, playing fetch, walking on his hind legs, praying, sit, beg, we haven’t got him to play dead yet, he’s just got so much energy the idea of lying still is really hard for him!

He is a good dog, a good friend, and of course watches over all of us.  Small dogs have courageous hearts and would take on the biggest beast if they thought it threatened someone they loved.  Comical and fun, we gave him a home, but he gave us so much more.